Is Russia the Right Mediator In the Conflict Between Iran and the US?

Is Russia the Right Mediator In the Conflict Between Iran and the US? 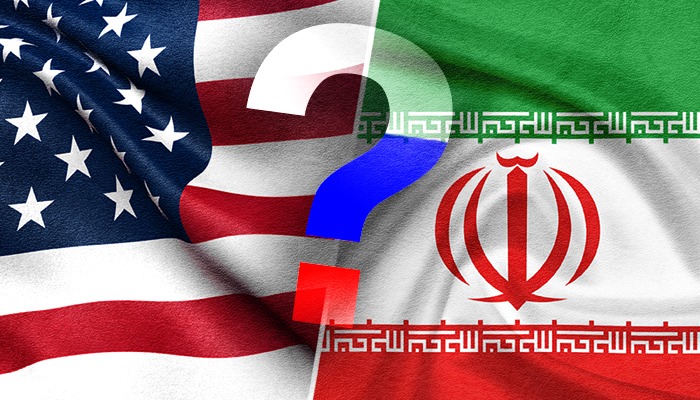 Ahmad Hashemi
With a first ever visit by a Japanese prime minister to Iran since the 1979 Islamic Revolution, many Iranian commentators were quick to declare that Prime Minister Shinzo Abe the best hope for successful mediation between the US and Iran, since Tokyo has warm relations with both sides. Some have argued that pacifist Japan has the capacity and motivation to help de-escalate the tension, Tokyo being one of the main buyers of Iran’s oil.
Nevertheless, despite accepting the Japanese PM to his office, Iran’s supreme leader Ali Khamenei turned down Abe’s offer to try and mediate the conflict with Washington, saying: “I do not see Trump worthy of any message exchange, and I do not have any reply for him now or in the future.”
Japan, which has practiced a foreign policy approach known as “Diplomacy for Peace” since its defeat in World War II, was not successful, while various countries including Oman, Germany, Switzerland, Pakistan and Iraq have also offered to mediate to no avail.

However, there is an unlikely mediator that may be the best chance for possible talks: Russia’s President Vladimir Putin. Russia has the willingness, means and capacity to initiate, mediate and engage in possible negotiations between the US and Iran. Therefore, it is now on Washington and Tehran to make up their minds. If Putin cannot carry out productive mediation, no one can.

An internationally and increasingly assertive Russia has, since mid-2010s, been part of the peacemaking processes or has offered to mediate in numerous major conflicts such as in Syria (in the format of the Astana Talks), the Southern Yemen negotiations, in Libya, in the Pakistan-India conflict, the Qatar crisis, the Afghan dialogues between the government and the Taliban and in the ongoing Israeli-Palestinian issue. Russia has even offered to mediate conflicts in Europe including a crisis between Spain and its renegade province Catalonia. Russia has even offered to get involved in what is likely the toughest mediation task in the world, the conflict between Israel and Iran, two sworn enemies.

One factor that increases the chances of the success of potential Russian-mediated talks is the internal dynamics in US politics. President Trump’s America is totally different than former President Barack Obama’s. Trump is tough but personal, intransigent but flexible on principles and he is a dealmaker… or at least he claims he is.
Trump adores strong leaders and despises soft power, multilateralism and liberalism in politics. He aspires to solve complicated problems such as the Israel-Palestinian issue, the crisis on the Korean Peninsula and the ongoing problems with Iran, and to do so by dealing with strong men. That is the reason why, in the sidelines of G-20 conference in Osaka-Japan, in late June, he met one-on-one with Russia’s Vladimir Putin, Saudi Arabia’s Mohammed bin Salman, Turkey’s Recep Tayyip Erdogan and China’s Xi Jinping, all of whom are strongmen with illiberal tendencies. Trump repeated the term “strong relationships” about 10 times in his meetings with his foreign counterparts in Osaka.
Trump is a tough guy and likes doing business with others like himself, Putin undoubtedly fitting the criteria. To be more specific, Putin is the toughest politician in both Europe and Eurasia, and undoubtedly has Trump’s admiration. This is one reason the Russian President is the most likely mediator to convince both the uncompromising Iranian leadership and the obstinate Trump to sit down and reconcile their differences, or at least de-escalate.
Trump has repeatedly spoken highly of Putin and there is no lack of chemistry between the two. Trump has called Putin a “Great Guy” and a “Terrific Person” in the past. This feeling is mutual: Putin at Osaka Summit praised Trump and called him “talented”. While admiring Trump for trying to stop migration from Mexico, Putin applauded nationalism, called liberalism obsolete, and lambasted refugee resettlement programs and open border policies in the West (Europe), by taking aim at Chancellor Angela Merkel’s policy to admit more than one million refugees to Germany in 2015.

As far as Iran is concerned, Putin enjoys excellent relations with both Iran’s leaders and America’s Trump and is in a unique position to bring the long-time arch-enemies closer together.

President Trump’s diplomacy puts relationships over results, handshakes and photo ops over long-term US national interests. Trump may brag about his Art of the Deal, but a flashy handshake with Iran’s leader in front of the cameras would be an achievement in itself for him. Trump appreciates “Handshake Diplomacy” and “Face-to-Face Diplomacy” more than any productive meeting, case and point being his ongoing interactions with North Korean leader Kim Jong-un, where there is no real progress on non-proliferation, but Mr. Trump keeps boasting about what he has accomplished. In other words, if shaking hands with the devil is what it takes to make Trump feel triumphant, then, he won’t hesitate to shake hands with them or with Iran’s leaders. Trump wants a flashy handshake accompanied by some compromises on the Iranian side –  using this knowledge, Putin might be able to convince Iranians to come to negotiating table for indirect talks, as one variation of mediation. 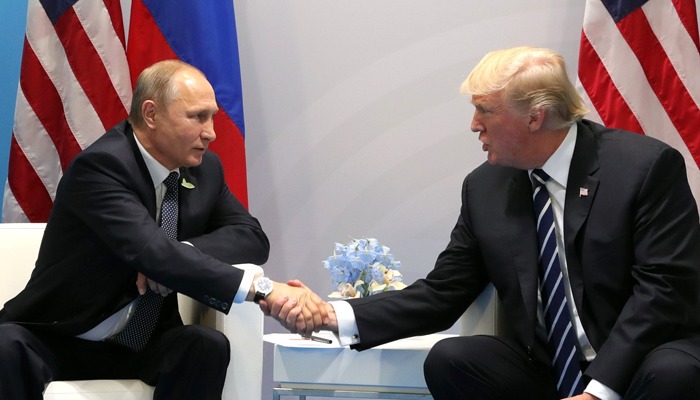 One– In May 2019, Russian Deputy Foreign Minister Sergey Ryabkov travelled to Tehran to urge the government to back off their threat to resume certain nuclear activities in retaliation for the US’ “maximum pressure” campaign. As the United States and Iran draw closer to a military confrontation, Russia appears to be playing a role as a “de facto mediator” between them, asking both Tehran and Washington to show restraint. This is a sign that Moscow is willing to play peacemaker.
Two– When Iran offered a non-aggression pact for lasting peace with its Gulf neighbors in May 26, Russia was the first country to welcome Iran’s proposal. On May 31, Russian Foreign Minister Sergey Lavrov expressed Moscow’s readiness to help materialize the pact, saying signing a binding agreement to refrain from violence would be a step in the right direction and defuse the growing tensions in the region. Lavrov went further and suggested that Moscow would welcome the start of a meaningful dialogue between Iran and the United States.
Three– On November 11, 2018, Russian President Vladimir Putin travelled to Paris to commemorate the end of World War I, where he met with Trump and proposed mediation between Iran and the US. He suggested loosening the US sanctions in exchange for Iran’s military withdrawal from Syria.

In conclusion, there might be serious doubts whether Russian President would succeed in initiating possible US-Iran talks, nevertheless, there is no doubt that if this game-changing negotiation process is initiated, there would be consequential implications for the US, Russia, Iran and the entire region.

Ahmad Hashemi
Ahmad Hashemi is an Iranian freelance journalist and a senior expert in the Middle East region and global geopolitical trends. He has a bachelor's and a master's degree in politics from the University of Tehran. He is currently pursuing another Master’s degree in the Missouri State University’s Department of Defense and Strategic Studies, located in Washington D.C. metropolitan area. On Twitter: @MrAhmadHashemi
https://uwidata.com/4311-is-russia-the-right-mediator-in-the-conflict-between-iran-and-the-us/