Iran’s top nuclear negotiator Saeed Jalili recently said his country has agreed to resume talks on its nuclear program later this month. At the same time, the IAEA and the international community, particularly the European countries, have stepped up efforts to revitalize the futile negotiating process. During my four and a half years as an employee of the Iranian foreign ministry, I learned beyond doubt, that my country’s participation in talks is purely a stalling tactic. Having fled to Turkey to seek political asylum, I know that I’m far from the first Iranian to try and warn the world of Tehran’s determination to obtain weapons of mass destruction. It was almost a decade ago that the People’s Mujahedin, Iran’s leftist opposition in exile, first revealed the clandestine nuclear activities carried out by the regime, providing the exact addresses of some of the facilities, and letting the world know about the Islamic theocracy’s true ambitions for acquiring nuclear bombs. Since then, Iran has attended dozens of negotiating rounds merely to convince naïve politicians and dewy-eyed peaceniks that it is telling the truth. Within this context, Tehran maintains that it is trying to use diplomatic means to prove that Iran is merely working to harness nuclear energy for peaceful purposes in order to meet increasing domestic energy demand as it runs out of fuel. Iran likewise exploits the matter at home, whipping up populist nationalism with leftist-style demagoguery that depicts its nuclear program as a cardinal matter of national pride. 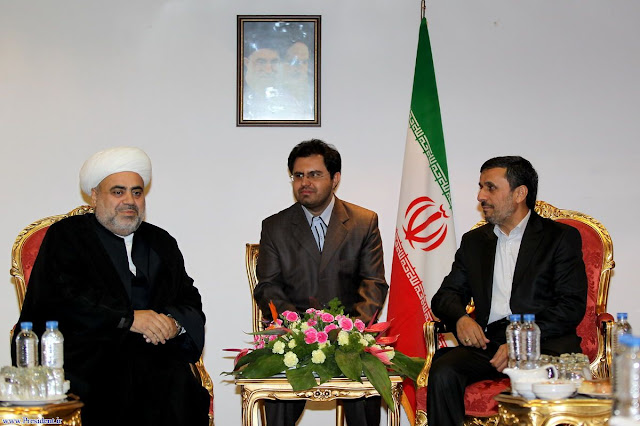 But a lie remains a lie, whether it is repeated ceaselessly in international forums or broadcast all day to the Iranian masses. While at the Iranian foreign ministry, I served as interpreter for visiting dignitaries, diplomats and officials. I paid close attention to public proclamations and official statements. And I was present at inner-circle conversations in which a number of high-profile Iranian officials made no secret of their intention to go atomic. I personally witnessed the following examples:
Former Revolutionary Guards commander: ‘Holy Islamic bomb is a must’
In April 2005, after organizing several meetings in his office at the Discernment Council headquarters, I was invited to a meeting at the home of Mohsen Rezai, the Secretary of the Expediency Discernment Council and a former commander of the Islamic Revolutionary Guards Corps (IRGC) during the Iran-Iraq war. I was invited in my capacity as a founding member of of the short-lived Islamic Association for Students and Academicians (IASA, which was dissolved the next year), together with Ruhollah Solgi, the IASA secretary general. (Today, Solgi is the governor of Aran va Bidgol County in the Isfahan region.) We were asked to come and exchange views on the overall situation on the upcoming presidential election campaign in which Mr. Rezai was preparing to run as a presidential nominee.
Rezai’s home was located in the Shahrak Shahid Daghayeghi Complex at the outskirts of the Lavizan forests in northeast Tehran. We went to a spacious, concrete villa on the last block of the fenced in and tightly patrolled neighborhood, which provides housing primarily for IRGC officers and other high-profile officials.
When we arrived, Rezai was busy meeting various military and political figures, including generals from the IRGC. At this private meeting in his house, while castigating former reformist president Khatami for his compromising approach towards the West, Mohsen Rezai strongly advocated the idea of acquiring nuclear bombs for “deterrent purposes.” He referred to such a weapon as a “holy Islamic bomb” needed to defy the bullying approach of global arrogance. Mentioning that even Khomeini approved of acquiring an atomic bomb to safeguard the interests of Islam during Iran-Iraq war, he argued that everything is allowed for the sake of Islam, including using WMDs and the mass killing of civilians.
The A-bomb and Iran’s National Security Council
In early 2012, Ali Bagheri, the deputy secretary of Iran’s Supreme National Security Council, was meeting his Indian counterpart at a dinner reception at India’s embassy in Tehran. While we waited for the Indian official, who had been delayed in traffic, to arrive, I heard the Iranian foreign ministry’s director for Europe and America, Ahmad Sobhani, ask Mr. Bagheri about the Supreme Leader’s latest views on the 5+1 negotiations. Bagheri replied that Ayatollah Ali Khamenei remained adamant and increasingly convinced that “we should expedite our efforts and diversify our secret facilities to achieve our goal before it is too late.” 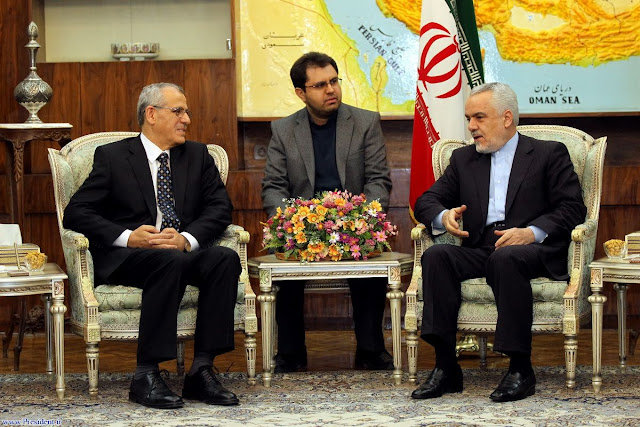 The author with WHO regional director Ala Alwan and Vice President Rahimi (photo: Iranian President’s Website)
North Korea’s contribution
In early February 2012, I was present at a confidential meeting at which Iran’s deputy head of the Islamic Revolution Mostazafan Foundation was negotiating with the North Korean ambassador in order to obtain nuclear technology for Iran in exchange for financial support.
The chemical weapons precedent
In my foreign ministry position, I interpreted at meetings between my country and international chemical weapons inspectors. The Iranian side, known as the Escort Team, included officials from the Foreign Ministry, Ministry of Intelligence, Ministry of Defense, Ministry of Industry. They met with representatives from the Hague-based chemical weapons watchdog, the Organisation for the Prohibition of Chemical Weapons, known as Inspection Team.I was present throughout these encounters, which included a Pre-Inspection Briefing prepared for the visitors by Iran, on-site visits at chemical production plants, and summation deliberations and conclusions.
I witnessed Iranian involvement in the mass production of chemical weapons at a variety of installations including Pakshooma, Arak Petrochemical Complex and in particular the Shahid Meisami Complex located in the city of Karaj, which were designated as producers of chemical material for civilian use, such as detergents, but were also producing chemical weapons for the Defense Industries Organization, which is affiliated with the Ministry of Defense. 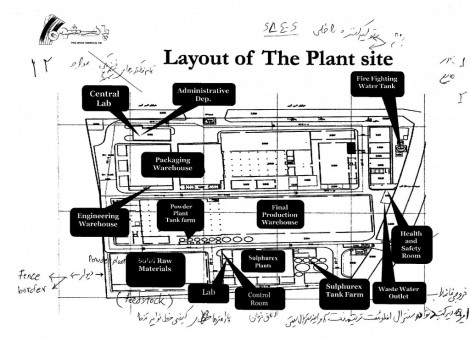 From an official Iranian presentation for the Pre-Inspection Briefing for the Pakshoo Chemical Co., September 2010 (scan: Ahmad Hashemi)

I interpreted as the Iranian defense officials misinformed and deceived the inspectors. With such a history of producing weapons of mass destruction in the form of chemical weapons, why should anyone believe that Iran is not intent on producing an atomic bomb?
Another futile round of talks
All previous meetings between Iran and the 5+1 failed because Iran was never serious about curbing its nuclear programs. After seven years, the West and particularly the Obama administration are still hopeful that they can achieve progress through negotiations. Tehran may have slowed down tactically, but undoubtedly, as the former commander of Iran’s revolutionary guards Mohsen Rezai once said, “Iran’s long-term policy and strategic vision is to acquire a holy Islamic atomic bomb.”
Only a real and result-oriented negotiation with a specific agenda with the Ayatollahs, smarter economic sanctions, more unified diplomatic isolation around Iran, and actual support for the demands of the Iranian people may bring real change.
Using a well-known concept in Shiite jurisprudence known as the expedient or altruistic lie, Iranian officials are perfectly willing to lie when it comes to their intentions and programs. The enlightened nations would do well to understand the religious underpinnings of Iranian diplomats’ big lies in contrast with European negotiators. Once the extent of the deception is understood, the question should be not whether Iran’s nuclear program is peaceful but rather when and how the program can be safely terminated.

–
Ahmad Hashemi, was born in Qom in 1977. He earned a Bachelor’s Degree in Political Science at the University of Tehran and has a Master’s Degree in American Studies from the Iranian Foreign Ministry’s School of International Relations. In January 2008, he joined the Ministry of Foreign Affairs as an English, Turkish and occasionally Arabic interpreter. When the popular uprising began in 2009, he was actively involved in the pro-democracy Green Movement protests. For this and other reasons, he was summoned and dismissed from his job in May 2012. From early May 2012, he began to contribute articles for the leading reformist dailies such as Shargh and Etemaad newspapers. Because of his classified information with regard to some of the regime’s proliferation programs, Ahmad Hashemi says he was subject to constant threats, mental torture and restrictions. He fled his country and currently is seeking political asylum in Turkey. In his work as a writer and freelance journalist, he contributes to Persian-language and international media.

Ahmad Hashemi is a former Iranian foreign ministry employee who worked as an interpreter. He is currently seeking political asylum in Turkey and works as a freelance journalist.

Posted by ahmad hashemi at 7:27 AM