China’s debt-trap diplomacy; a threat to the developing world


China’s debt-trap diplomacy; a threat to the developing world 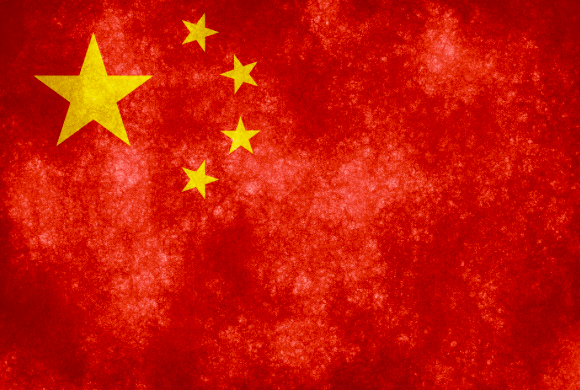 Ahmad Hashemi
Analysts who follow global geopolitical trends frequently come across the phrase: “the 21st century belongs to China”. To lend credibility to the claim, they often mention China’s $1 trillion “one belt, one road” initiative. Through this huge initiative, China is supporting infrastructure projects in strategically-located developing countries while extending loans for those projects.

Beijing calls the initiative as a win-win for all involved, however, “one belt, one road” has become very controversial. While the initiative is not bad in and of itself, the projects that China is supporting in these developing countries are often not centered on assisting the local economies to grow: they instead facilitate Chinese access to natural resources, or to open these weak and vulnerable markets for Beijing’s low-cost export goods and to guarantee China’s presence in areas with geostrategic significance.

Lending loans or bleeding money?
China has been a great power for most of its history, but its expansionism came to a halt in 19th century when European colonialists fought and defeated China in the Opium Wars. However, from the early 1980s onward, and especially under President Xi Jinping leadership, the Chinese government has been adamant on “making China great again” and transforming it into a world superpower by pursuing active South-South diplomacy, military expansion, outstanding economic growth, and also lending loans. Over the past few years, Beijing has granted huge loans to cash-strapped economies with difficult repayment conditions attached, including high interest rates. Beijing has been leveraging these debts to achieve its geopolitical goal of global hegemony and to become the world superpower, leaving behind the U.S. over the next decade in almost every aspect of power projection.

China boasts that it does not have an imperialistic approach toward developing countries. However, several of the projects that have been completed under the title of “one belt, one road” initiative with huge Chinese government loans have ended upbleeding money from alreadycash-strapped developing countries.

For instance, Sri Lanka received a $1.5 billion loan from China to build a massive port in Hambantota but now struggles to pay back the loan. To get a waiver on the entire debt, Sri Lanka was forced to sign a bilateral agreement with China and had to lease the port to the Chinese for a 99-year period.
China used the same approach in Djibouti, and stationed its naval base at this geostrategic location as the African nation was not able to repay its loan. China’s debt-trap policy – especially on African continent where approximately one million Chinese are now living and working – usually follows two phases. First, it gains geographic control in the name of commercial purposes and then, slowly militarizes those areas.

The Maldives is another example of what some experts call China’s “creditor imperialism”. By offering a combination of grants and loans, China has constructed a $225 million bridge which has brought up the Maldives’ debt to GDP ratio to almost 100%.

Pakistan seems to be the next victim of China’s so-called creditor imperialism. Partly as a consequence of China’s unfair loan conditions including higher interest rates, Pakistan already owes China over $6 billion, and with a new credit line of up to $40 billion for the China Pakistan Economic Corridor or CPEC, Islamabad is going to be on the verge of a debt-based economic collapse. Again, China has a solution for this debt problem: The Chinese military is building a joint naval and air-force base for Chinese troops near the port of Gwadar in Pakistan. All economic facts are indicative that Islamabad will not be able to repay the Chinese debts and their accrued interest. China wants to dominate and influence areas and waterways of geopolitical importance including Gwadar.
The US withdrawal from the TPP, a gift to Beijing
While the US slides into isolationism and protectionism, China is slowly extending its power and influence in Africa and elsewhere. US President Donald J. Trump’s withdrawal from the Trans-Pacific Partnership was perceived by the Chinese as a gift, and the Chinese have stepped up their efforts to further penetrate to emerging markets in Africa, Asia and Latin America. As the US recedes, China steps in with its soft power projection as a role model for developing nations.

Beside isolationism, other US punitive economic measures, including sanctions, have played into China’s hand and have brought countries like Iran (due to the US sanctions), Pakistan and Turkey (due to their soured relations under current US administration and reduction in American financial aid, in the case of Pakistan) have made these countries vulnerable to China’s loan policy.

China promotes itself as a friend, champion and an advocate of the developing nations, however, its game of loans is bringing weaker countries under Beijing’s sphere of influence and dominance as they are not able to meet the unfair debt conditions. Many analysts argue that this aggressive geopolitical outreach has negatively affected the sovereignty and independence of borrowing nations while China keeps expanding its global ambitions.

Ahmad Hashemi
Ahmad Hashemi is an Iranian freelance journalist and a senior expert in the Middle East region and global geopolitical trends. He has a bachelor's and a master's degree in politics from the University of Tehran. He is currently pursuing another Master’s degree in the Missouri State University’s Department of Defense and Strategic Studies, located in Washington D.C. metropolitan area. On Twitter: @MrAhmadHashemi
Posted by ahmad hashemi at 10:25 PM