My latest about the competition among the global powers (the US and Russia) and regional powers (Turkey and Iran) to gain influence over Idlib tiled: "The Great Game in Syria in the aftermath of the Idlib ordeal" 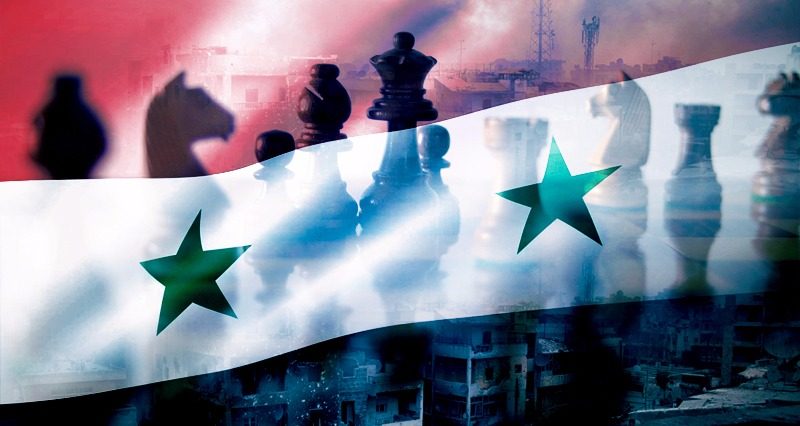 Ahmad Hashemi
As another set of heated negotiations has begun in recent weeks, Syria is slowly approaching the last chapter of it bloody civil war. Global powers, namely the United States and Russia, and regional players including Iran and Turkey, are competing to get a greater share in influence, reconstruction efforts and leave a geopolitical footprint.

The fight for the lion’s share in Idlib and in Syria has the potential to establish a new “Great Game” in the greater Levant and the Middle East region, and the fate of Idlib is key in how things will develop and what kinds of alignments will now take shape in the Middle East. In identifying the new Great Game evolving around Idlib, two scenarios stand out:

This scenario incorporates the so-called anti-Israeli “Axis of Resistance” into Russian-Turkish partnership and requires intense involvement and direct leadership of Russia, as a guarantor and a global power, to bridge the differences.
Recent developments show that the Idlib issue is moving in this direction: last month, Russian President Vladimir Putin invited Turkish President Recep T. Erdogan to Sochi and announced his plan to halt an imminent assault on the Jihadi-run city. This was a move to appease Erdogan and bring him closer to the anti-American axis in Syria as Moscow wants to invest in the ever-deepening divergence between Ankara and Washington over the US support for Kurdish presence to the east of the Euphrates in Syria.

This is, by no means, an easy task for Russia since members of the Axis of Resistance, including Iran, Syrian regime and Hezbollah, have different interests and priorities than those of Ankara and even Moscow.

Turkey is expected, according to the Sochi agreement, to disarm the al-Qaeda-linked Hayat Tahrir al-Sham (HTS) and its Salafi allies, which control some 60% of Idlib province and incorporate other so-called moderate rebels into Turkish-backed Free Syrian Army (FSA). If the Sochi agreement is implemented successfully, the Idlib move and the final agreement between Ankara and Moscow has the potential to change regional geopolitical alignments and bring about a major paradigm shift in the region.
However, the stakes are high and an imminent threat of a Syrian government assault on Idlib is possible, if Turkey fails to convince HTC and other radical fighters to either give up their weapons or leave Idlib and move to a Turkish-controlled northwestern enclave and join Turkish-led rebel alliance in the Jarablus/al-Rai/al-Bab triangle. Any such assault, coupled with Turkey’s alienation from Iran and Russia, and at the same time, the prospect of Ankara’s mending fences with Washington, can create a whole new set of confrontations in Idlib.
A successful realization of this Moscow-led scenario, however, would strengthen the anti-American alliance, within which, Iran would have even stronger presence in Syria and Turkey would be inclined to compromise on Idlib and perhaps even pull out completely or partially. Instead, Ankara would focus its attention- in cooperation with Russia and Iran –  on the pro-Kurdish Syrian Democratic Forces (SDF) which are affiliated with Kurdistan Workers Party (PKK). The US-Backed SDF in Syria is a major source of contention between Ankara and Washington, and this anger and frustration can bring Turkey to a point where it eventually will be willing to see all SDF-controlled areas be ruled by the Syrian government.

Second scenario: US – Turkey vis-à-vis Russia and the Axis of Resistance

This scenario assumes the creation of a Turkish- American alliance on one hand, and a partnership between Russia, the Syrian government, Iran and Hezbollah on the other hand. This alignment is less likely to take place in the current circumstances, as it requires stronger US involvement in Syria and a settlement of US-Turkish differences. Washington and Ankara have disagreements on many issues, but the US’ support of the separatist Kurds is a major sticking point. For the United States to reach an agreement with Turkey on Syria, Washington needs to abandon the Kurds who fought ISIS alongside the US forces. Nevertheless, Turkey is an important country and the United States does not want to totally lose Turkey to Russia. Even at the climax of differences, President Donald J. Trump has refrained from strongly criticizing its NATO ally with his typically harsh language. There are not enough indications regarding a possible rapprochement both in Ankara and in Washington to say anything concrete. However, Turkey still prefers to stay in the western camp, but on its own terms, and therefore, Ankara can end its flirtation with Russia and Iran, if it can get some of what it wants from the US. A possible US- Turkish reconciliation has the potential to change the balance of power in Idlib, in Syria and even the entire Middle East.
In conclusion, the fate of Syria and the orientation of regional alliances are intertwined with the fate of Idlib. International humanitarian organizations have cautioned about the consequences of a humanitarian apocalypse and the US has warned against any attack in Idlib, but it is Putin who has the final say in Syria for now. Idlib cannot remain in limbo for a long time and it remains to be seen who will have the upper hand in post-Idlib Syria and how alignments will develop in the region.

Ahmad Hashemi
Ahmad Hashemi is an Iranian freelance journalist and a senior expert in the Middle East region and global geopolitical trends. He has a bachelor's and a master's degree in politics from the University of Tehran. He is currently pursuing another Master’s degree in the Missouri State University’s Department of Defense and Strategic Studies, located in Washington D.C. metropolitan area. On Twitter: @MrAhmadHashemi
Posted by ahmad hashemi at 10:47 PM